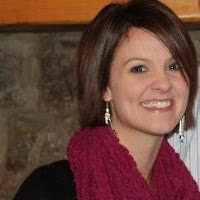 I am so excited to get the chance to interview Erica Cope! As y'all know, she is one of my critique partners and also a very good friend, and I have been super excited about her debut novel, Lark, for a very long time. Lark is THAT book. You know? The one with the drop-dead gorgeous cover. Yeah, that one.

For those who are unfamiliar with Lark, can you briefly tell us what the story is about?
It’s a story about a completely ordinary girl who thinks she has a pretty good life. Then her world is completely turned upside down when she discovers that her real dad (who abandoned her before she was born) is actually the king of the Light Elves and that nothing is as she thought it was.

What was your inspiration behind the story?
I actually, as cliché as it sounds, woke up from a dream that I couldn’t get out of my head. I laid awake for hours before I finally just got up and wrote the whole thing down. I fell asleep after that but the next day I started thinking about what would have happened before and after the scene I dreamt. After that I started writing.

Describe your main character in five words.
Independent, caring, courageous, but also a little short-tempered and impulsive.
She, like most teenagers, doesn’t always think things through but her heart is the driving force in her decision making. 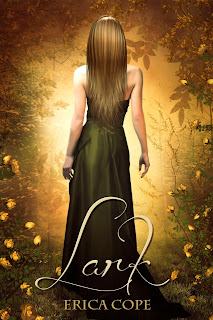 Holy Jacoby! I am seriously in love with him, though Greyson is pretty awesome too. What can you tell us about this love triangle and the inspiration behind the love interests?
I think most people “fall” for more than just one person while they are in high school. Mia is no different in that sense, but what is different is that while both Greyson and Jacoby serve a role in Mia’s life, only one of them is “right” for her.
However, she doesn’t spend the entire book contemplating which one! LOL I wanted to show that as Mia learned more about herself that she would ‘out grow’ her crush, which would then open her up to something more.

What has been your biggest challenge of being a self-published author?
I’ve been incredibly lucky to have so many people offer me advice and to answer all of my questions but a lot of it I still had to learn for myself. I guess my biggest challenge was the decision making part of it all. I didn’t want to make the wrong decision about something as simple as trim size or cream vs white paper, pricing and then end up regretting it or worse, forgetting to do something important! Like adding page numbers to my paperback…yeah…that happened. Whoops!

What do you love the most about being an author?
My most favorite thing is hearing all the positive feedback from readers. I love it when someone tells me they read it, loved it and can’t wait for the sequel…those days I’m pretty giddy and I walk around with a huge smile on my face.

I know you are super busy juggling three kids. How do you find the time to write?
Oh gosh! When I was writing LARK I would start writing as soon as I put the three Blondies to bed and I would often write until 3am without even realizing how late it was! I was in the zone! But when your kids wake up around 7am, that’s not much sleep! I survived those months by drinking a lot of caffeinated beverages!
I try to squeeze in writing whenever I can, sometimes I’ll get something stuck in my head so I’ll have to jot down some notes on a piece of paper and type it up later that night. Which in theory is a great idea but usually I write my notes so quickly that I can barely read my own handwriting!

What are you currently reading?
The Indigo Spell by Richelle Mead. I adore Adrian!

Do you have any upcoming projects that you can tell us about?
I’m about 75% done with the first draft of a contemporary romance I started last fall and I’m also currently writing the sequel to LARK. Ideally, I would like to have one of the two ready to be released by this fall.

Human or elf? I could totally be an elf.

Jacoby or Greyson? I can’t say. ;) Don’t want to be unfair to my guys by picking favorites!

E-book or book? I love the convenience of ebooks but I love the smell of the real thing!

Amazon or book store? For shopping, definitely Amazon, but I could spend hours browsing a book store and sipping on coffee.

Pen or keyboard? Definitely a keyboard. Sometimes I can’t even type fast enough for my thoughts so when I do write them down I have a hard time deciphering my chicken scratch!

Thank you so much for stopping by, Erica! It was wonderful having you here!

You can find out more about Erica at the following social network sites:

Lark can be purchased in the following places: