Michelle's Summer Reads (Call it a series type of summer)

I almost didn't make this post happen. It's a good thing Heather pays attention to this stuff.

My summer reads - I have four of them that are musts. ALL of them are from unfinished series that I have been patiently waiting for! So here they are!

The Book of Life by Deborah Harkness - I started this series three years ago - and it was one of my first adult series that I had to read. It has to do with the supernatural so that was the big draw. 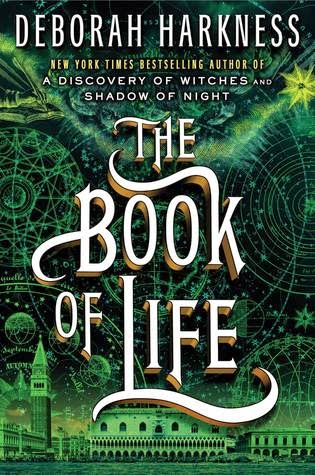 After traveling through time in Shadow of Night, the second book in Deborah Harkness’s enchanting series, historian and witch Diana Bishop and vampire scientist Matthew Clairmont return to the present to face new crises and old enemies. At Matthew’s ancestral home at Sept-Tours, they reunite with the cast of characters from A Discovery of Witches—with one significant exception. But the real threat to their future has yet to be revealed, and when it is, the search for Ashmole 782 and its missing pages takes on even more urgency. In the trilogy’s final volume, Harkness deepens her themes of power and passion, family and caring, past deeds and their present consequences. In ancestral homes and university laboratories, using ancient knowledge and modern science, from the hills of the Auvergne to the palaces of Venice and beyond, the couple at last learn what the witches discovered so many centuries ago.

The next one is by my tippy tip favorite author Neal Shusterman - He wrote Unwind 12? 13? years ago and waited ten years before he released Unwholly because he wouldn't rush it. He's one of the best authors out there. I have never picked something up by him and not loved it. His craft is amazing. So the book, (yeah, the book - not the author!) is Unsouled. 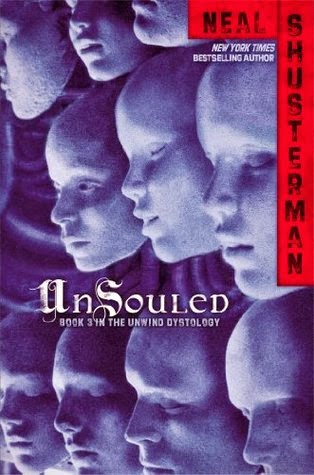 Connor and Lev are on the run after the destruction of the Graveyard, the last safe haven for AWOL Unwinds. But for the first time, they’re not just running away from something. This time, they’re running toward answers, in the form of a woman Proactive Citizenry has tried to erase from history itself. If they can find her, and learn why the shadowy figures behind unwinding are so afraid of her, they may discover the key to bringing down unwinding forever.Cam, the rewound boy, is plotting to take down the organization that created him. Because he knows that if he can bring Proactive Citizenry to its knees, it will show Risa how he truly feels about her. And without Risa, Cam is having trouble remembering what it feels like to be human.With the Juvenile Authority and vindictive parts pirates hunting them, the paths of Connor, Lev, Cam, and Risa will converge explosively—and everyone will be changed. (CREEPIEST COVER EVER)

My third is Sweet Reckoning by Wendy Higgins. I'm in love with the leading male - Kaiden Rowe (we have the same last name - it's like we are already married). I don't know - its sensual. OK so I do know. 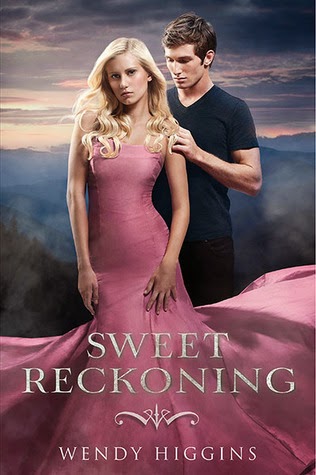 vil is running rampant and sweet Anna Whitt is its target. Nobody knows when or how the Dukes will strike, but Anna and her Nephilim allies will do anything necessary to rid the earth of the demons and their oppressive ways.The stakes are higher than ever, and Anna is determined that the love she feels will be her strength, not a liability. But trying to protect the ones she loves while running for her life and battling demonic forces proves to be perilous—especially as faces are changing and trust is fleeting. When the Duke of Lust sends Anna’s great love, Kaidan Rowe, to work against her, Anna must decide how much she’s prepared to risk.In the most sensual and fast-paced installment yet, Sweet Reckoning brings all the beloved Neph together one last time to fight for their freedom.

And the fourth - I have loved forever - I picked up this series after I read the prequel series - Cassie Clare's Shadow Hunter world is one of my favorites. (Lay off, I'm a junkie for supernatural). I am excited to see this one finished up!  City of Heavenly Fire 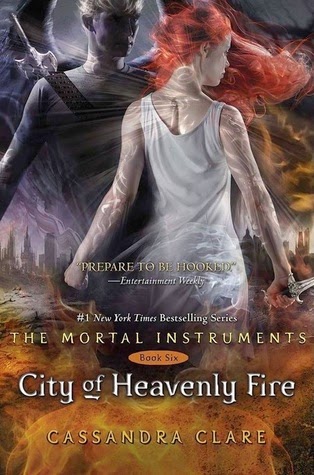 ΕRCHOMAI, SEBASTIAN HAD SAID. I am coming.Darkness returns to the Shadowhunter world. As their society falls apart around them, Clary, Jace, Simon and their friends must band together to fight the greatest evil the Nephilim have ever faced: Clary’s own brother. Nothing in the world can defeat him — must they journey to another world to find the chance? Lives will be lost, love sacrificed, and the whole world changed in the sixth and last installment of the Mortal Instruments series!